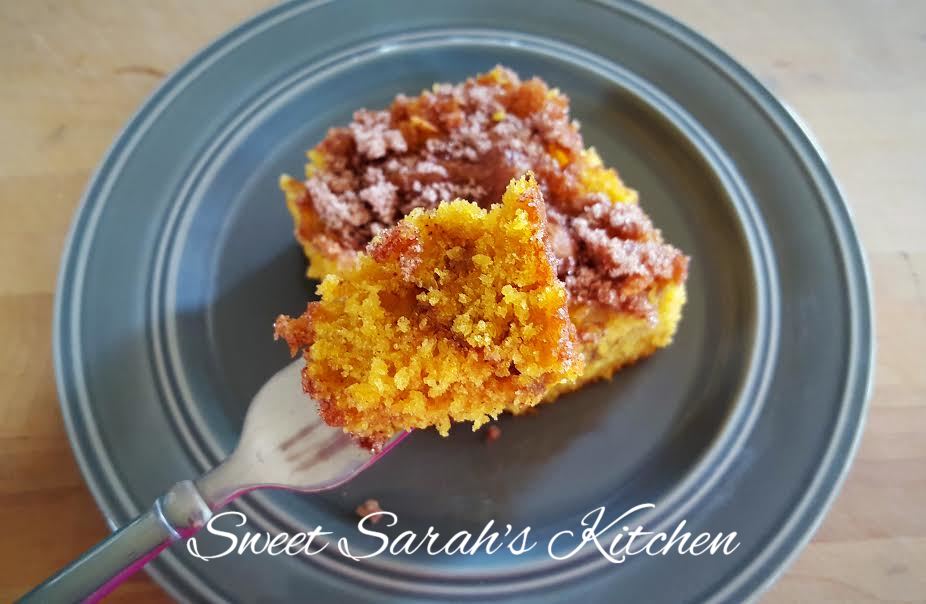 There is nothing like a hot cup of coffee in the morning.  Some drink coffee to wake up, others wake up to drink coffee.  I’m one of those who wakes up to drink a hot cup of Joe, with a little cream and a little sweetener.  The bean puts a little pep in my step that makes me feel like I can conquer the world, or at least Mondays.  *Today is Sunday, today…is…Sunday*

Coffee is breakfast to many, to some it accompanies quite lavish desserts after dinner. Not often do I get the opportunity to enjoy a nice cup of coffee, with it’s longest partner in crime, the coffee cake.  Coffee cakes are an underestimated treat.  It all began with a mix of cakes and accidental bakes.  The Danish came up with this delightful dessert to have with coffee.  The cake not so sweet, yet the mix of cinnamon and sugar has taken this old world coffee mate to an all new level.  *You were thinking about cheese Danishes weren’t you*

When you think of cake, you usually think of frosting or buttercream.  How sweet the cake will be is a factor for so many, that the decision process to have or have not, is complicated.  *Eat the cake*  I think of my youth and my grandparents when it comes to coffee cake.  I learned how to make this at a very young age.  I never put the sweet cinnamon mixture in the middle, I preferred fruit spreads like marmalade and preserves.  The sweet granulated topping creates such a decadent crust.  Consuming this mild confection with coffee, just makes perfect sense. *Peas and carrots*

Coffee cakes are so simplistic.  Two layers of batter, topped each with the slightly traditional cinnamon and sugar mixture.  I decided to take this “old world cake” and sprinkle a little bit of Fall into it.  I have added some pumpkin puree and some maple syrup.  Yes, I said it.  I maple-pumpkinned it up! *Is anyone else craving pancakes?*

Sprinkled with cinnamon-sugar and maple love.

Most granulated sugar toppings, or crumb toppings if you will, contain butter and usually some form of binding agent like flour.  As with tradition in Sweet Sarah’s Kitchen, we took the health factor up a notch.  We have swapped out granulated white sugar with light brown sugar, which reduced the sweetener by a 1/4 of a cup.  In addition, I incorporated maple syrup which has more natural benefits and of course, it tastes like maple.  Pumpkin puree is the veggie moisture of the Gods.  With adding the pumpkin, I removed one egg.  The topping had a super star performance with turbinado sugar, or sugar in the raw.  This sweetener is the pure cane extract of sugar.  Lightly brown in color, not as dark as brown sugar.  Less is more with sugar in the raw.  Combining the cinnamon, turbinado, and a little more maple syrup to bring it all together; MAGIC!  *Less Blaine, more Copperfield*

*No one has invented smellavision yet!!!*

It’s light in texture, it’s mildly sweet.  The soft sponge-like quality topped off with the caramelized crust just screams “I need coffee”.  It may not be Fall, but the cooler weather in Spring, puts me in a seasonal comfort food mode.

Now for that coffee…I frequent a local coffee shop in my city, “Soul Full Cup”.  The name is true to the passion and flavor that goes into every roasted bean.  With so many choices, I have several favorites.  I do believe that the Rain Forest blend is calling my name.  *Grab a cup, and pull up a chair.  Coffee cake is best served in the shape of a square* 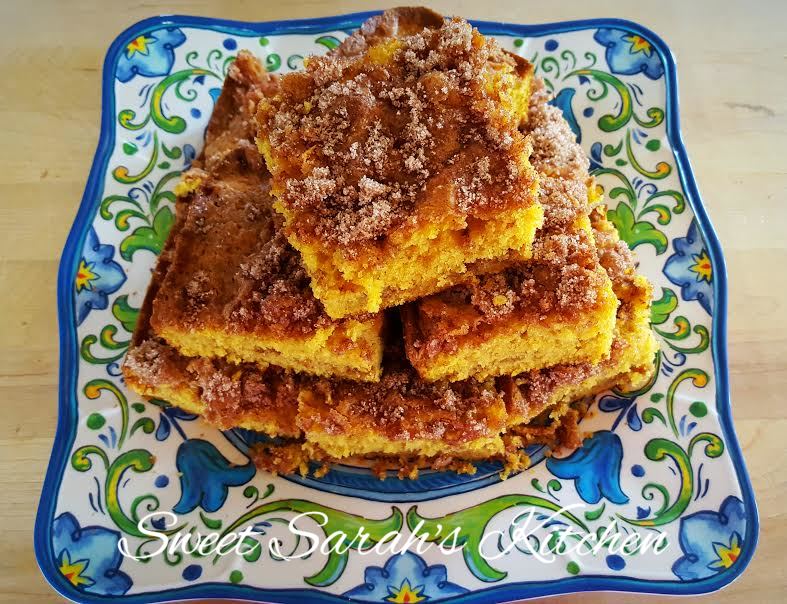 *Recipe not available until cookbook release*