This lovely, decadent specimen, need no introduction.  One of America’s most popular desserts, consumed by over 2 billion people annually, I give you…”The Brownie”!!!  I’m a brownie fanatic.  I am most likely responsible for the 1 billion consumed, out of the 2 billion statistically.  I find that brownies are the one dessert that people truly have a preference for.  I love the fudge brownies, that are seemingly under-cooked.   When truly they have extra butter love inside.  There are then the cake brownie people.  *We don’t associate with their kind*

You know there’s a story, there’s always a story.  This one is for the books.  History shows, that the delicious little square, was a special request by an upstanding woman of society in the late 1800’s.  A socialite of Chicago, requested from her pastry chef, to create a cake like square, small enough for a lunch box.  The ultimate design was that she it must be “suitable for a lady”.  Well, little did they know, how much this chocolatey goodness would mean to a lady in the 21st century.  *Yes, men can certainly enjoy these gooey squares of perfection, but not without a fight* 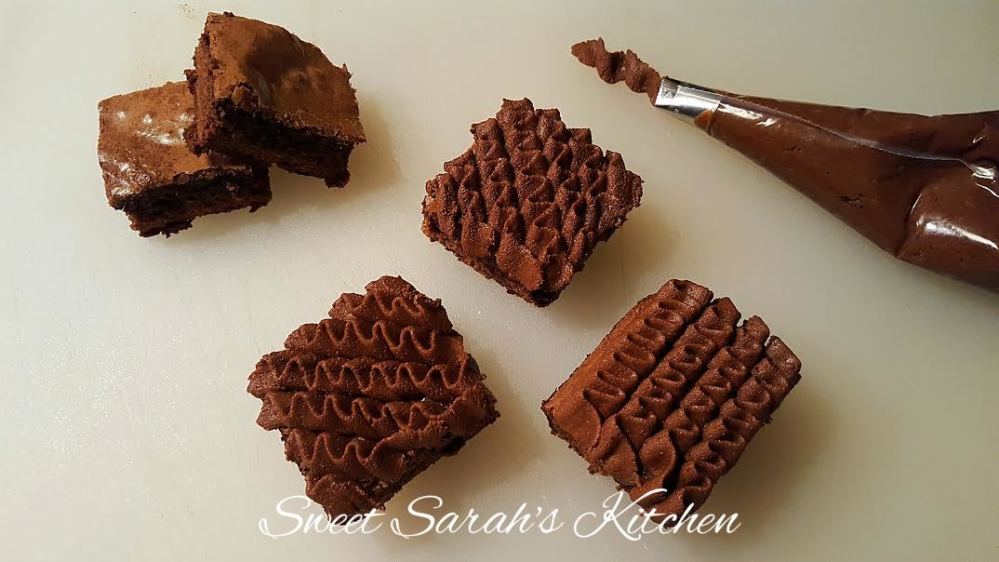 Sometimes you feel like a nut, and sometimes you don’t.  As for the brownie, walnuts have been a partner in crime throughout the century.  I’m a plain Jane kinda gal.

When desperate times call for desperate measures, one must apply buttercream to a brownie.  I love to play with new piping tips and in this case, I ribboned my blues away!  In this creation, I added coffee.  Making a luscious Mocha Fudge Brownie with Chocolate Ganache Buttercream.  It was definitely a chocolate overload situation.  *No complaints were noted, only sounds of Mmm reported*

A versatile dessert, with few simple ingredients, the brownie has a fraternal twin.  Also known as the blondie.  Blondies are a scrumptious treat made with a load of brown sugar love, minus the chocolate factor.  Sorry blondie, but this sibling rivalry ended in favor of your sibling!!!  *Chocolate reigning champion* 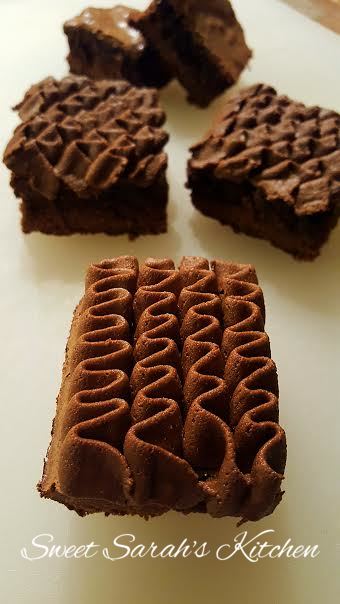 I leave you with a mouth-watering hunger for some chocolatey, ooey, gooey treats.  Do yourself a favor, eat a brownie.  You’ll feel better.  Maybe even a bit more elegant.  *Remember, pinky out*

*Recipe not available until cookbook release*